I’m convinced you know who Eminem is? Even if you don’t know him, this list of Eminem quotes will help you understand him better.

Eminem is one of the most influential and best-selling artists of the early 21st Century. Eminem is an American rapper, actor, and record producer.

What Is Eminem Real Name?

He dropped out of school in the ninth grade and worked odd jobs until finally making it as a rapper upon the release of The Slim Shady LP in early 1999.

As an underground rapper, Eminem released his debut solo album, Infinite in 1996. He gained mainstream popularity in 1999 after the release of his major-label debut album, The Slim Shady LP.

Eminem is a dedicated father and artist with a passion for proving himself to those who doubt him.

With years of highs and lows to get to where he is now, Eminem is proud to tell the story of his struggling beginnings.

Eminem has earned himself global recognition and an ever-growing fanbase.

At 14, he began rapping with a high-school friend. They frequently skipped class to participate in freestyle rap battles at a nearby school’s lunchroom.

Soon enough, Eminem felt like he needed to earn the approval of more than just the high-school crowd.

In preparation, he took his initials and renamed himself as “M&M,” – which eventually became “Eminem.”

Eminem is one of the top wealthiest rappers in the United States, with almost all of his net worth tied to his music. He’s the best selling rapper of all time, with the Marshall Mathers LP’s sales exceeding 35 million copies.

He is one of the world’s wealthiest rappers, with an estimated net worth of $210 million as of 2020.

I have selected these Eminem quotes to help you understand how he lives his life and empower any young entrepreneur to endure tough situation.

11th Eminem Quotes― “Success is my only option; failure’s not.” – Eminem.

12. “The truth is you don’t know what is going to happen tomorrow. Life is a crazy ride, and nothing is guaranteed.” – Eminem.

13. “I’ve accomplished enough with the music that I haven’t had to go out there and do other things to over-saturate.” -Eminem

16th Eminem Quotes― “Ultimately, who you choose to be in a relationship with and what you do in your bedroom is your business.” -Eminem

18. If there’s not drama and negativity in my life, all my songs will be wack and boring or something.” ―Eminem

20. “But music is a reflection of self, we just explain it, and then we get our checks in the mail.” ― Eminem

21st Eminem Quotes— “To the people I forgot, you weren’t on my mind for some reason, and you probably don’t deserve any thanks anyway.” — Eminem.

How To Make Money Online In Ghana (Side Hustle)

Taylor Swift Quotes That Will Super Charge Your...

Never give up on your dreams (Ask Me...

Stop Putting Too Much Pressure on Yourself.

How To Love Yourself 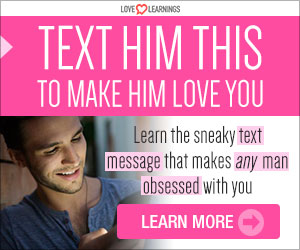